A downloadable game for Windows

A twin-stick arena shooter where you control a character who wields a Latchbow.  You fire magical grappling hooks out of your bow, quickly pulling enemies to you.  Once they're in your grasp, use them as a meat shield or hurl them back at other enemies for big damage!

This game was made for the 'Game Maker's Toolkit Jam' in 48 hours.  We took inspiration from the Jam's 'Downwell' video along with the GMTK episode on 'Versatile Verbs' as the two videos went hand-in-hand.  You control a character with a versatile, intuitive moveset which is filled with options.  Every situation presents multiple options to maximize player expression.  While holding an enemy, you can use them as a shield, use them as a weapon, use them for mobility (vaulting off of them), or execute them to restore your health.  You can dash really far or really short.  You can shoot a grappling hook, or can shoot a projectile with knockback (to hit enemies into each other), or use a quick short range knockback.  Every button performs multiple actions and each mechanic affects the game state in multiple ways.

We hope to expand on this game in the future to have levels, a variety of enemies, and some type of progression.  For the purposes of the jam, we focused on creating our versatile, intuitive, and elegant player character. 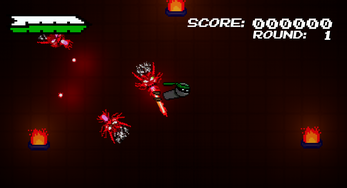 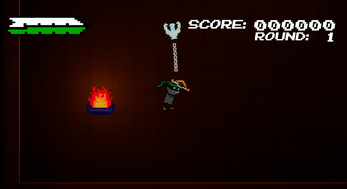 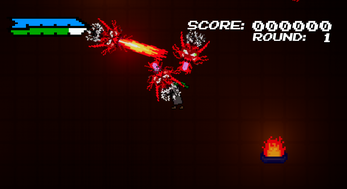 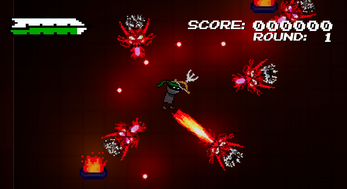